Please, take a moment to subscribe in iTunes and leave us a review

Founder Tim Lawson was inspired to start the 1, 2, Many Project after seeing media coverage of the epidemic of veteran suicide concentrate on the statistics rather than the human beings caught inside the crisis. As a veteran and a survivor of suicidal behavior, Tim wanted to change the conversation to engage the broader community in proactive solutions. The overarching conclusion from his interviews with survivors, friends and family who have lost loved ones to suicide, and medical professionals is that through empathy, mentorship, and repurposing, we can help each other.In addition to the podcast series, Tim shares what he’s learned through these conversations by speaking at conferences, conventions, and special events. 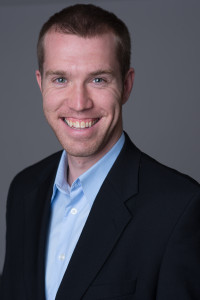 After defeating cancer in his senior year of high school, Timothy Lawson served five years in the United States Marine Corps. He spent the majority of his military career as a Marine Security Guard protecting U.S. embassies in Algeria, Russia, and Peru. Since leaving the Marine Corps, Tim has earned a degree in broadcast journalism at American University in Washington, D.C.

Tim is the Founder of Lawson Entertainment and hosts three weekly  podcasts – Follow Your Spirit, Fuel For Warriors and 1, 2, Many: Veteran Suicide. Tim’s former podcast, Veteran Empire, was nominated for a 2013 Podcast Award in the Culture and Arts category.