Do you enjoy these posts? You can read all of my Momentary Reflections here 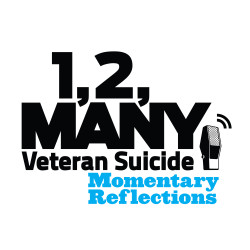 055: No one Cares about Veteran Issues (Momentary Reflections)

No one cares about veteran issues.

I hear this statement far too often.

Before you get too discouraged by this idea, let me reassure you that it is not true.

There are millions of people that care about the well being of veterans.

Recently, IAVA’s founder, Paul Rieckhoff, was on The Nightly Show. He referenced the Arizona VA scandal and claimed, “no one gave a shit.” I scoffed as soon as I heard it and I felt sorry for every veterans advocate that was watching.

Not only were there people who cared about the scandal, but also that event led to the resignation of Secretary Shinseki and the appointing of current Secretary, Bob McDonald.

The truth is many of us care. If you’re reading this post or listening to this podcast, I can safely presume that you care.

Not everyone cares, and how can we expect them to? There are a lot of people that have made a huge impact on my life, and I don’t know how to “care” about them. The same goes for veteran issues.

Looking at it a step further, what does it mean to care? Is it posting constant memes on Facebook? Is it a sexy hashtag campaign? Is it donating money to a veteran focused charity? Maybe it’s burning down a local VA hospital because the backlog is too long.

I can tell you right now that constantly pointing out the problem without attempting to relay a solution is not an effective way of caring. It’s important to create awareness, but it’s barely halfway to making a difference.

I started this project roughly one year ago. As soon as I began talking to people about veteran suicide, I knew right away that I needed to have a message to go along with my advocacy. A few months into my efforts I already began preaching the importance of empathy, renewed purpose, and mentorship.

We have a nation that is ready to care. We just have to tell them how.