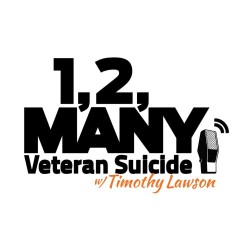 064: The Trickle Down Effect of Suicide feat Margy Agar

Margy Agar has returned to the 1, 2, Many Project to share new information she’s learned about her daughter’s suicide.

Margy first appeared on the podcast last summer and told us about how her daughter was bullied during her time in the military.

Kim was failed epically when she was left to fend for herself at the most vulnerable time of her life. She was hazed, stigmatized, jealousy prevailed with TOXIC LEADERSHIP. Her LTC was forced to retire, albeit NOT from cause of action. Should have been. More heads should have rolled. Her CPT broke HIPPA LAWS, and when she returned from an 11 day stay at Landstuhl she was moved to an isolated floor with no roommate. She asked for a different room because the old room was where she made her first suicide attempt, 9/6/2011, she didn’t want to go back there as it made her sad. She was already depressed, and although had a suicide attempt, and a hospital stay, THEY CHOSE [CPT] TO ISOLATE HER. She did NOT ASK FOR THE FLOOR/ROOM she was given. Her section leader even told me she questioned the Captain’s orders to move her there. THERE WAS NEVER EVER A SUICIDE WATCH.
In fact, from Kim’s CID and LOD, an “unknown social worker” took Kim off of the Suicide Watch the doctor TOLD THE CAPTAIN HE WANTED, AS HE FEARED A RELAPSE. The doctor never knew the social worker did this and he was devastated upon learning of Kim’s death. To this day I still do not know anything that went on during Kim’s 11 days at the Hospital. It makes it all that much harder having the hospital being in Germany.

If you have not heard that episode, you can listen to it here:

Thank you for taking the time to listen and for reassuring my guests that their stories matter.